Sometimes the muse demands more, and as artists, we must answer that call. 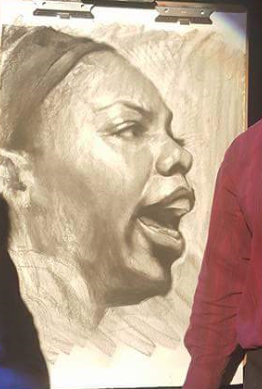 Two years later, OFP Theatre & Productions and the University of Dayton Theater, Dance, and Performance Technology Program are announcing auditions for Eunice: Star Shine and Clay on September 24 in anticipation of the production’s premiere on November 30 and December 1 in Dayton, Ohio.

The road to creating this new theatrical work was not an easy one; although well versed in presenting music, art and poetry through The Signature: A Poetic Medley Show, Leone says that after months of conversations with arts colleagues it became clear it was time to write a play.

Eunice: Star Shine and Clay is a poetic drama about the life of Eunice Waymon, known internationally as Nina Simone, artist, Black activist, and High Priestess of Soul. The work represents a shift for Sierra and Nate Leone of OFP Theatre & Productions, who co-wrote the play.  Audition details click here

“Usually we each have our roles in creating a production, but to write something together required a whole different type of collaboration and energy,” says Sierra Leone. “We’re shaping the experience completely based on our history as artists.”

That history came into play in 2017 as OFP Theatre & Productions celebrated its 10th anniversary and produced its decade season of The Signature: A Poetic Medley Show, which will return in 2019 after a year off for its “Beyond the Decade” season.

Sierra Leone says that a decade of The Signature: A Poetic Medley Show has lead directly to the creation of Eunice: Star Shine and Clay, “Every single moment leading to this moment is what made this piece possible. Every artist, every sponsor and supporter, every patron, every glitch, every success and failure lead us here. Nina Simone’s energy and spirit carried us here, and after 10 years of standing on our own, we called on our community for support.”

Heading into auditions, Sierra Leone says she feels excited, joy-filled, nervous, and protected in this opportunity to grow as an artist, “Becoming a playwright is totally different. This is legacy work.”

This is just the beginning. 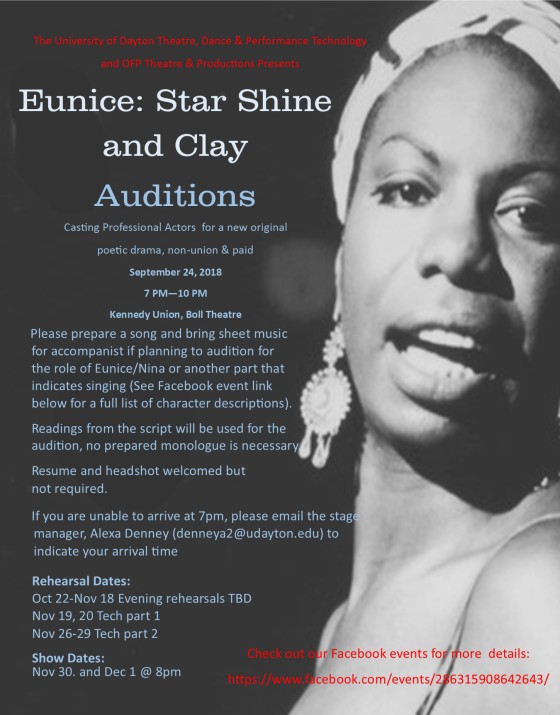